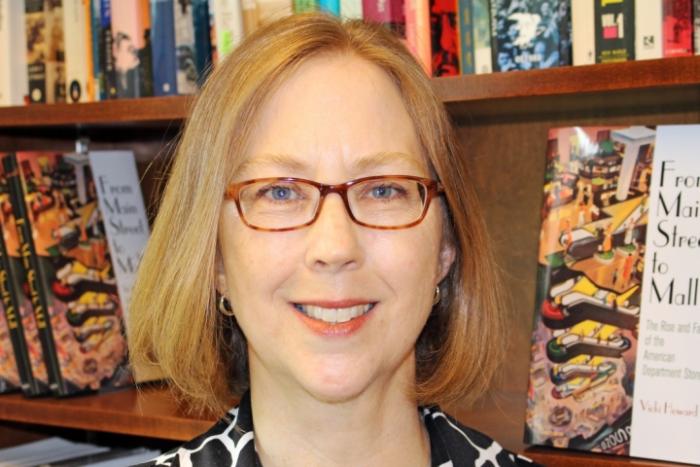 In her talk, “From Main Street to Mall,” Dr. Vicki Howard of Hartwick College will explore the development of the American department store industry on a national scale.

In her talk, “From Main Street to Mall,” Dr. Vicki Howard of Hartwick College will explore the development of the American department store industry on a national scale. Howard’s history begins in the late nineteenth century, when opulent urban department stores such as B. Altman’s in New York, Marshall Field’s in Chicago, and Wanamaker’s in Philadelphia, defined the American shopping experience. However, these grand “palaces of consumption” did more than define American consumerism. They also served as spaces of significant social and cultural exchange, becoming important establishments in the landscape of American society and culture.

At the end of World War II, the nature of that landscape shifted as many post-War families fled the cities in search of new suburban lives. Those once prominent local institutions gave way to large national chains such as Macy’s and J.C. Penny’s, which constructed stores not in urban downtown areas, but in the new suburban mall that was rapidly expanding in the 1960s and 1970s. Changes in consumerism, economics, and politics of the 1960s and 1970s, soon gave way to the rise of discount chains, leading to what Howard calls the “Wal-Mart world of Today.”

Vicki Howard is Associate Professor of History at Hartwick College. Her previous books include Brides, Inc.: American Weddings and the Business of Tradition, and she is editor of the journal History of Retailing and Consumption. Copies of her book will be available for purchase at the talk.