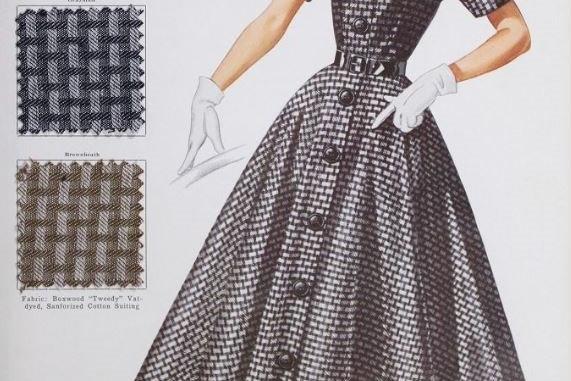 DuPont was in the fashion business. The industrial giant cultivated markets for its novel synthetic textiles, such as Rayon, by interfacing with the wider world of fashion. This process brought one Alexis Ureyvitch Sommaripa, later known as “The Mad Russian,” to prominence. This elegant, cultured man was born in the Russian Empire in Odessa, Ukraine, fled the revolution as a teenager, and migrated to the United States with the goal to become “a rich American.” From there, his path led him through Harvard, Alabama, Lowell, Buffalo, to New York City. Along the way, he shaped the ways in which DuPont did business, and how American women preferred to dress.

Professor Regina Blaszczyk, business historian at the University of Leeds, tells the story of Sommaripa as part of her book project, The Synthetics Revolution. Sommaripa developed statistical methods to describe the textile and fashion markets, used this information to influence production techniques, and eventually headed the DuPont Fabric Development Service. The FDS was a corporate organ designed to triangulate between DuPont, textile makers, and American consumers. During the 1930s, its influence and its significance of synthetic materials to the fashion industry grew, until by 1940 the “average American woman” wanted not silk, but a Rayon dress.

In support of her research, professor Blaszczyk received funding from the Center for the History of Business, Technology, & Society.